Welcome To The Official Website Of Firoz Miah Govt.College

this is sample breaking news

Brief History of Firoz Miah Govt.College
Well known Firoz Miah Govt. College, adjacent to Ashuganj Upazilla Complex, nearly 1 km far from the Dhaka-Sylhet Highway “Ashuganj Goll Chattar” in the Southern part of the road is situated in a serenely tranquil and ever green natural environment .The location of the College is at the bordering area of Ashuganj upazilla.The total land area of the College is 4.460 acres.
Today Firoz Miah Govt. College has become one of The most reknowned colleges in the Brahmanbaria district. The college was founded by one of the most education oriented persons namely Alhaz Md. Firoz Miah in 1992 at industrially famous, river port and economic zone of the country, Ashuganj. Before founding the college, Alhaz Md. Firoz Miah had a dream to reach higher education to the people of educationally backward area like Ashuganj. His dream came into true through the foundation of this college. The great people who played a significant role in response of founder Alhaz Md. Firoz Miah in time of establishing Firoz Miah College are Secretary of Education late Md. Shafiul Alam, Deputy Commissioner of Brahmanbaria Md. Khabir Uddin Ahmed. This institution has been playing a significant role in spreading the light of higher education among the educationally backward population from its foundation. Now the rate of higher education in this locality especially among women who have been being deprived of education for untold time is rapidly increasing.
The college started its journey of spreading education with three groups in Higher Secondary Level-Science, Humanity and Business Studies in 1992 AD. In 1997, Degree Courses were started. Side by side under the Bangladesh Technical Education Board-HSC (Business Management) courses were added to the mainstream education in 2000 in the college. As from the founding time, the College has been keeping with changing modern technological world in 2001 the College opened “Computer in Office Application” Course (Basic Trade Course) with the aspiration of keeping pace with Digital Bangladesh.
On the other hand in 2010 to create a rare opportunity of higher education for the increasing number of students, the College took an epoch-making decision to start Honors Courses on some selected pragmatic subject in the College. The College being one of the higher educational institution in the district, all the teachers have been trying their best to uphold the standard of education.
At present, 20 subjects, 02 specializations in HSC, Degree (pass) Course and History, Political Science, Bangla, Accounting and Management in honours courses are affiliated by The National University. Besides, there are a team of efficient teachers, a well-decorated library & seminar with a large number of books in literacy, technology, trade & commerce in the College.

Not only education but also other co-curricular activities are part and parcel of our institution.
Eventually, it may be evidently told that for its calm and non-political atmosphere the people of all states of society have considered “Firoz Miah College” as the safest field of higher education for their dearly sons and daughters.The natural beauty and environmental serenity of this College are very charming. So all interested person are invited to visit this well established Firoz Miah Govt. College.

Directorate of Secondary and Higher Education

Board of Intermediate and Secondary Education, Comilla 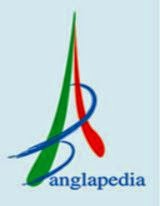